Iglesia Crosspoint-Bellaire“When All Is Lost” // 1 Samuel 4-7

Go to“When All Is Lost” // 1 Samuel 4-7 ministy at a specific location.
or view all locations . 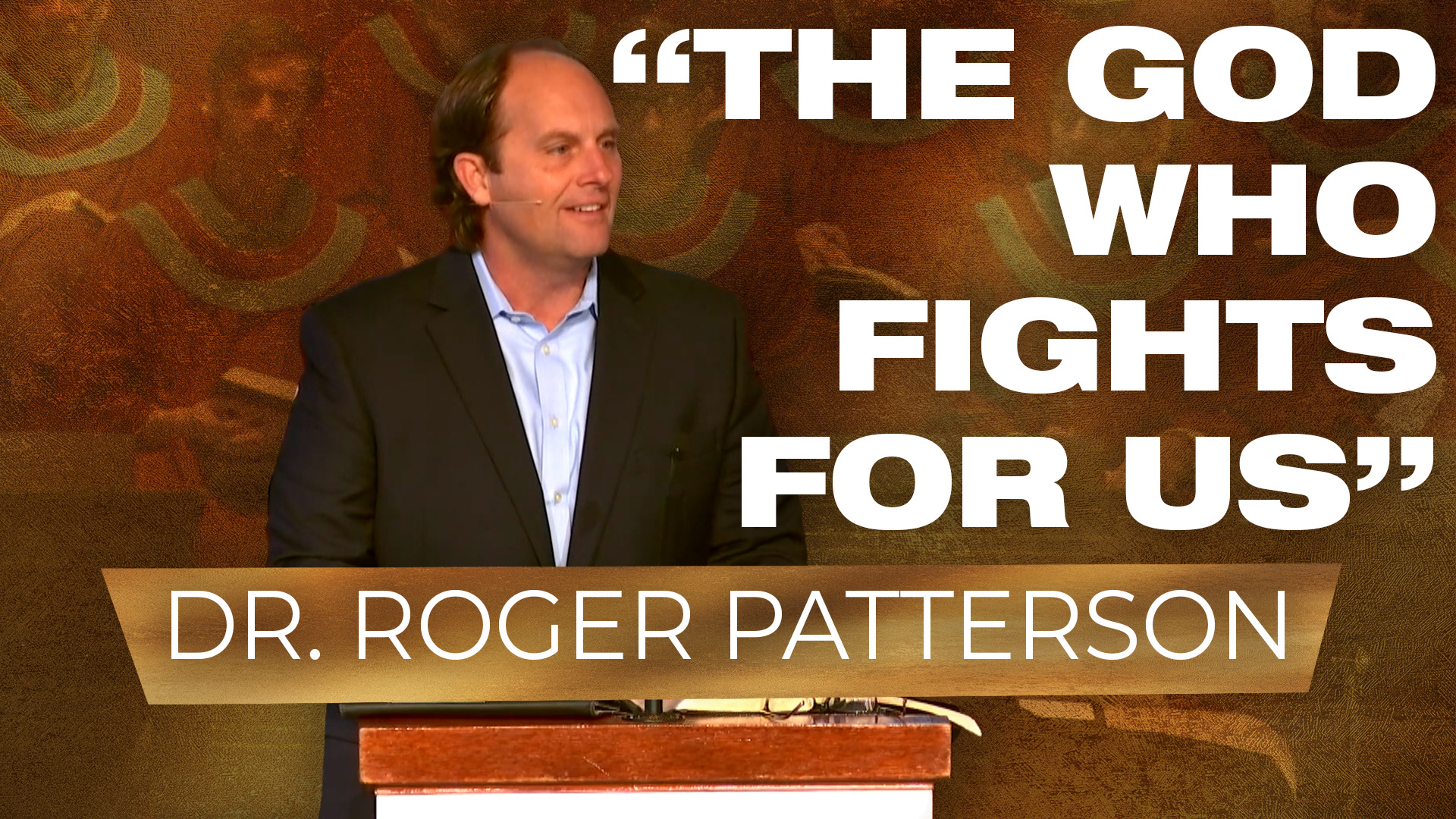 The following is a manuscript of the sermon presented by Senior Pastor Dr. Roger Patterson on Sunday, November 13, 2022 at our West U Baptist campus. To view the sermon in full, check out the link below.

Almost 10 years ago a movie was made starring Robert Redford called, “All Is Lost. It’s an interesting film.

Here’s the storyline – A man captaining his sailboat in the middle of the Indian Ocean. He goes to sleep one night and wakes up to water flooding his boat.

The boat had collided with a shipping container, ripping a hole in the hull of the boat. He attempts to patch the hole, and then to remove the water from the cabin.

He then tries to repair the navigational and communications systems that have been damaged by the salt water.

He then runs into a tropical storm, and his boat capsizes and rolls twice, damaging almost everything.

This forces him to abandon ship and retreat to his life raft.

Another storm rolls through as he is in the life raft and then finds out his drinking water has been contaminated. Essentially, he drifts in the middle of the Indian Ocean for 8 days with no food or water.

Hope is on the horizon when he spots a light in the distance, and sets his journal on fire to draw attention to himself, which in turn destroys his life raft.

He begins sinking into the water, and I won’t spoil what happens next.

Moment by moment, situation after situation, the theme of this movie is a constant struggle with life when All is lost.

Have you ever had an “All Is Lost” moment?

Have you ever thought “All Hope Is Lost?”

Listen – even when you think “All Hope Is Lost” I have some good news for you – Here’s the big idea today. God is at work in the lowest parts of our lives.

I want to point you to an unshakable hope you can have today if you find yourself or if you know someone who is at a place, thinking, all is lost. We’ll use 1 Samuel 4-7 as our backdrop for these.

Here’s the first thing – When you find yourself thinking, “all is lost” know that

I. God DISCIPLINES you because he DELIGHTS in you.

“Then the Lord said to Samuel, ‘Behold, I am about to do a thing in Israel at which the two ears of everyone who hears it will tingle. On that day I will fulfill against Eli all that I have spoken concerning his house, from beginning to end. And I declare to him that I am about to punish his house forever, for the iniquity that he knew, because his sons were blaspheming God, and he did not restrain them.”

Get this…this is the very first message Samuel must communicate to Eli. And God says, “Samuel, I’m about to discipline Israel. Not because I don’t love them, but because I do.”

Did you ever have your parent tell you after they spanked you, “I love you…this is why I am disciplining you?”

I remember my dad. He was good at that…and apparently, because I had three older siblings, by the time he got to me, he had had plenty of practice.

Now Israel went out to battle against the Philistines. They encamped at Aphek. The Philistines drew up in line against Israel, and when the battle spread, Israel was defeated before the Philistines, who killed about four thousand men on the field of battle.

And when the people came to the camp, the elders of Israel said, “Why has the Lord defeated us today before the Philistines?”

Then notice what happens in 1 Samuel 4:10-11.  Israel is defeated again, and the ark taken and leaders die in battle.

So the Philistines fought, and Israel was defeated, and they fled, every man to his home. And there was a very great slaughter, for thirty thousand foot soldiers of Israel fell. And the ark of God was captured, and the two sons of Eli, Hophni and Phinehas, died.

Then, like Robert Redford in the Indian Ocean, notice what happens to Eli the High Priest.

He who brought the news answered and said, “Israel has fled before the Philistines, and there has also been a great defeat among the people. Your two sons  also, Hophni and Phinehas, are dead, and the ark of God has been captured.” As soon as he mentioned the ark of God, Eli fell over backward from his seat by the side of the gate, and his neck was broken and he died, for the man was old and heavy.”

Let me give you one more…can you take it? This is brutal isn’t it?

Now his daughter in law, the wife of Phinehas, was pregnant, about to give birth. And when she heard the news that the ark was captured, and that her father-in-law and her husband were dead, she bowed and gave birth, for her pains came upon her. And about the time of her death the women attending her said to her, “Do not be afraid, for you have borne a son…” And she named the child Ichabod, saying, “The glory of God has departed.”

Do you see the discipline of God?

God’s not for us any longer.

My son, do not regard lightly the discipline of the Lord, nor be weary when reproved by him. For the Lord disciplines those he loves…

That’s what is true. God disciplines those He loves.

What’s the second thing we can learn when we feel “ALL IS LOST.”  When you find yourself thinking, “all is lost” know that…

Back to the story – Chapter 5 shows us something incredible —  God never forgets you. Or gives up on you. Even when he could.

The Philistines have the ark, and they are victorious over Israel. They set up the ark next to their God “Dagon” – many think he is a weather god, people worship Dagon for good weather to keep drought from happening. What happens, when the ark (the presence of God) is placed next to a manmade image of a god called Dagon – this lifeless God is moved to bow to God, eventually, his hands and his head being cut off by God himself somehow –

The hand of the Lord was heavy against the people of Ashdod, and he terrified them with tumors, both Ashdod and its territory.

Have you ever felt forgotten? Listen: God never forgets you or disowns you, and He never writes you off because you’ve messed up or missed the mark.

When you find yourself thinking, “all is lost” know that

God FIGHTS for you because he is FOR you.

The Ark has returned to Israel. But listen, 20 years have passed and they are still under the rule of the Philistines. That’s some discipline right.

Sometimes the discipline of the Lord lasts a while. They are still feeling the distance in their relationship with God. Still having the feeling that “all is lost because of the Philistines. Not a lot of hope.” Watch what happens next in the story.

And Samuel said to all the house of Israel, “If you are returning to the Lord with all your heart, then put away the foreign gods and the Ashtaroth from among you and direct your heart to the Lord and serve him only, and he will deliver you out of the hand of the Philistines. So they gathered at Mizpah and drew water and poured it out before the Lord and fasted on that day and said there, “We have sinned against the Lord.”

As they gathered and recommitted to the Lord, the Philistines heard about it.  The Philistines assembled to remind them who was in charge, better not try to fight back…and so the Israelites freak out and run to Samuel and say to him, cry out to God for us!

“Do not cease to cry out to the Lord our God for us, that he may save us from the hand of the Philistines.”

As Samuel was offering up the burnt offering, the Philistines drew near to attack Israel. But the Lord thundered with a mighty sound that day against the Philistines and threw them into confusion, and they were defeated before Israel.”

Don’t miss it! They repent, they draw near to God after his discipline – it took a while – but they do it, and then:

Same is true for us – when we feel all is lost – we press in to God instead of pulling away from God, and we will experience him fighting for us. We will know that He is for us.

And as we do this – We will experience 2 things:

The cities that the Philistines had taken from Israel were restored to Israel, from Ekron to Gath, and Israel delivered their territory from the hand of the Philistines. There was peace also between Israel and the Amorites.

Let me close with this. Here’s what’s powerful.

All seemed lost that day that Jesus was crucified. The perfect, sinless, Messiah was hanging helpless on the tree. The disciples thought it was all over. The women who Jesus were close to were devastated as he hung there, beaten, and broken bloodied. But in that moment, all was NOT lost.