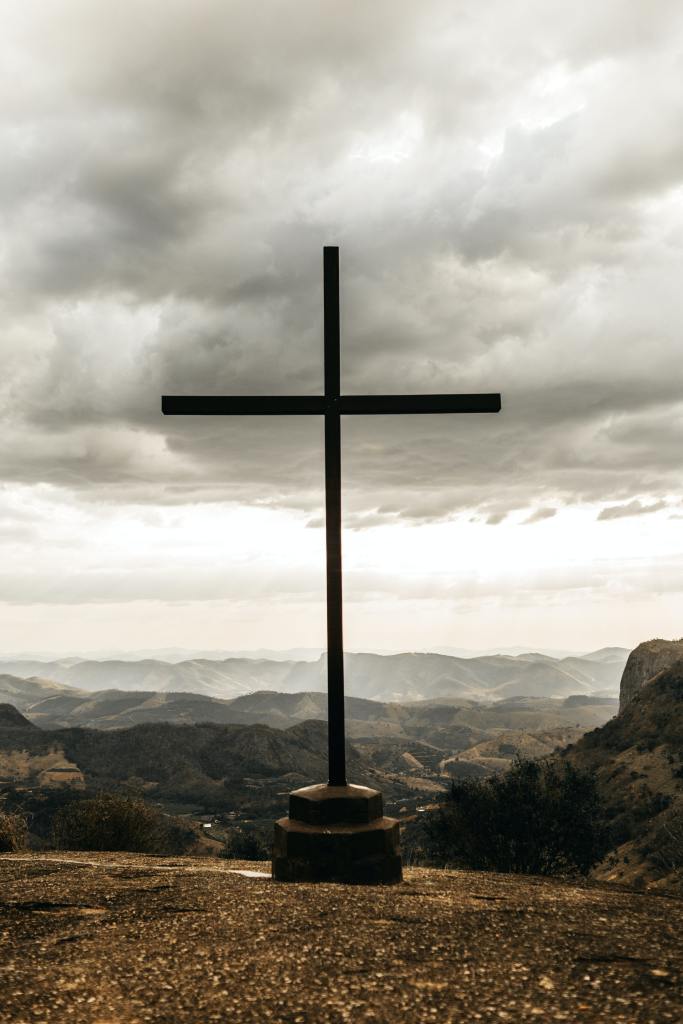 When we get to Holy Saturday, the story slows down dramatically. So much happened on Good Friday, but now . . . They laid Jesus in the tomb and that was it. Because it was Friday, sundown began the observance of the Sabbath, so after burying Jesus’s body, they just went home for their day of rest. We don’t talk much about Holy Saturday because nothing really “happened” on that day. Peter describes Christ preaching “to those who are now dead” during that time (1 Peter 4:1–8), but here on earth, things were quiet. Sandwiched between the horror of Good Friday and the joy of Easter Sunday was a day of somber mourning. A day in the tomb.

Because we already know resurrection is coming, we tend to just skip over Holy Saturday and move straight from the cross to the empty tomb. But what if we took a day to reflect on what it must have been like for the disciples, Jesus’s friends and followers, on the day before that first Easter morning?

They were likely in shock, confused, maybe even afraid for their own lives. Would Jesus’s enemies chase them down now? Or, since their leader had been eliminated, would they no longer be considered a threat? Maybe they were angry or despairing or just numb. They likely had no idea what they were going to do now. For three years, their whole lives had been about Jesus. And suddenly, just like that, He was gone. But perhaps more than anything, they were grieving. They had just buried their Messiah, their rabbi, their hero, and their friend.

When we rush too quickly to Easter morning, we miss the very real feelings of the disciples and all those who loved Jesus. Joseph of Arimathea, who had been afraid to go public about his faith in Jesus, now asking Pilate if he could have Jesus’s body. Nicodemus, who had come to Jesus by night out of fear of what his fellow Pharisees would think, going with Joseph to bury Jesus. He brought seventy-five pounds of myrrh and spices, much more than was needed to prepare the body. This was perhaps one hundred times costlier than the perfume Mary had anointed Jesus’s feet with, a year’s wage for a hundred laborers.[1] Neither of them was being secretive about their devotion to Jesus any more.

Of course, we know He would rise again, but there is something to be said for sitting in the sadness. As Jesus did with Mary and Martha when Lazarus died. Jesus knew He was about to raise Lazarus from the dead in just a matter of minutes, and yet He wept with them (John 11:35). Even though He knew the end of the story, Jesus was “deeply moved in spirit and troubled” when He saw Mary’s sorrow (John 11:33). It was an authentic, heart-wrenching weeping.

On this Holy Saturday, let’s take a moment to be deeply moved in our spirits and troubled about the death of Jesus, at all the pain and suffering our sin has caused. Even though we know He rose again, it is still deeply troubling that He had to die first. It is deeply troubling that any of us has to die. The more literal meaning of the word for “deeply moved” is “indignant” or “moved with anger.” Jesus wasn’t just sad at Lazarus’s death, He was angry. God hates death. It was not part of His design; it is what happens as a result of sin. It is right to grieve and mourn over death, over suffering, over pain, over brokenness, over all the consequences of sin in this world. We do not grieve as those who have no hope (1 Thessalonians 4:13), but there is a time to mourn, a time to lament (Ecclesiastes 3).

Q: Take some time to reflect on the pain and the suffering in this world and to lament the brokenness and sin in this world.

PRAYER: Lord God, whose blessed Son gave his body to be whipped and his face to be spit upon: Give us grace to accept joyfully the sufferings of the present time, confident of the glory that shall be revealed; through Jesus Christ your Son our Lord, who lives and reigns with you and the Holy Spirit, one God, for ever and ever. Amen.

Some of us seem almost afraid to lament as Christians. We tend to think that if we love and trust in Jesus, then all our worship services, all our prayers, and even all our life should be happy and positive. But that is not the model of Scripture or of Jesus Himself. Did you know that over a third of the Psalms are laments? These are the songs Israel used regularly in worship; they did not shy away from expressing frustration, anger, and sorrow to the Lord. The biblical witness is to pour out our deepest, most raw emotions to God in lament, but to always end in an expression of trust (see Psalm 42 as an example.) A lament that didn’t end in turning our eyes toward God in hope and trust wouldn’t be a lament, it would be a dirge, a gripe session.

To practice lament today, share the pains of your heart openly with God—your frustrations, your sorrows, your grief, your remorse, your disappointment, your doubts. Feel free to let it all out; God can handle it. Then end your prayer in a commitment to trust in the Lord, to turn your eyes toward Him in hope.