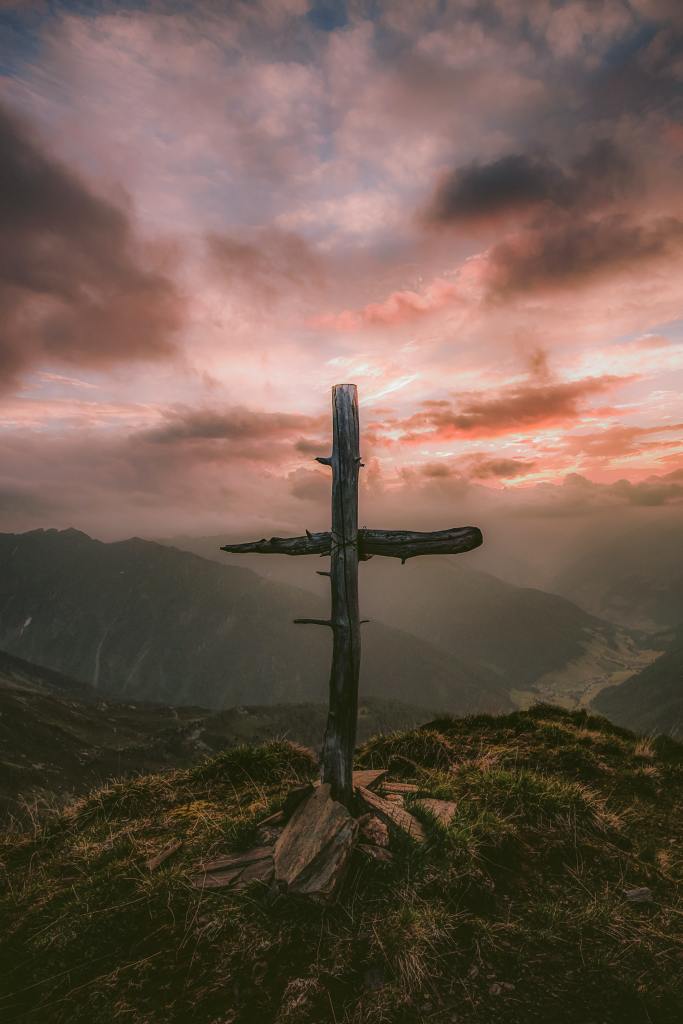 Q: What did Jesus mean when He said His kingdom was not of this world?

Q: How could Jesus endure so much suffering and pain and unfair treatment when He was innocent? Why didn’t He defend Himself? Why didn’t He fight back or save Himself or have angels come and save Him?

A lot of terrible things happened on Good Friday. Jesus was put on trial for something He didn’t do, He was betrayed by one of His closest friends, one of his other closest friends denied he even knew Jesus, and all of His disciples except one ran away because they were scared of what might happen to them for being His friends. Jesus was beaten and made fun of and then died a terrible death. In the ancient world, dying on a cross was not only a really painful way to die, it was a very shameful way to die. It was humiliating, something that only happened to criminals and slaves.

Why Good Friday is “Good”

Isn’t it weird that we call that “Good” Friday? But we call it “good” not because of what happened to Jesus, but because of what that day did for us. For all of mankind. The death of Jesus is what made it possible for us to go to heaven, to be with God forever. The story of Jesus is called “the gospel,” which means “good news.” It is God’s rescue plan to fix His relationship with human beings.

Reason for the Cross

Any death is a hard thing to think about, but Jesus’s death was really unfair because he was completely innocent! He didn’t deserve anything that happened to Him that day. But He endured it all for us, without fighting back or complaining (Isaiah 53:3–7). Because His goal wasn’t His own comfort or even His own justice, but to save us.

The reason Jesus’s death on the cross “worked” as a sacrifice is because He was innocent, because He was blameless. He didn’t fight back or defend Himself because He knew it needed to be done. He said if His kingdom were of this world, His disciples would have been fighting to prevent his arrest (John 18:36). But since His kingdom is not of this world but of heaven, He had to endure the cross so the rest of us could go to heaven with Him. Jesus didn’t want to die this horrible death. He said so when He prayed in the garden of Gethsemane, asking God if there was any other way, that He would prefer not to have to do it. But He ended that prayer with, “Not my will, but yours be done” (Luke 22:42).

Jesus was ready and willing to go through this horrible suffering, pain, humiliation, and death because it meant that we could be with Him in heaven. The writer of Hebrews said Jesus endured the cross “for the joy set before him” (Hebrews 12:2). For the joy of being in heaven with you and with me. That is why Good Friday is called “good.”

Describe a time when you had to endure a time of suffering. How did God use that time to bring joy and thankfulness into your life?

Cut a cross out of a piece of paper and, using one word—hatred, envy, racism, etc., write all the sins you can fit onto that paper. Hang that cross somewhere prominent in your house—on a window, a bathroom mirror, on the refrigerator—for the days between Good Friday and Easter Sunday to remind us of why Jesus died on the cross. On Easter Sunday, take the cross down, crumple it up, and throw it away. Better yet, burn it!

Dear God, thank you so much for enduring all the events of Good Friday for us. Not just the pain and death, but the shame and mocking. We can never repay you, Jesus, but we thank you and praise you for all you’ve done, and we commit to live for you. In Jesus’s name, Amen.