Go toDoris ministy at a specific location.
or view all locations . 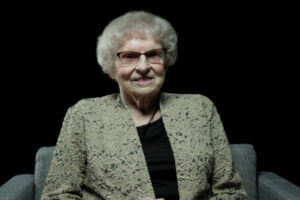 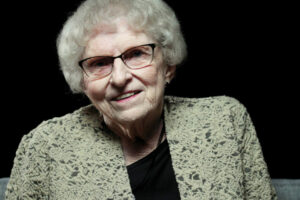 My story of giving started a long time ago in 1957 when my husband Hardy and I moved to College Station for him to pursue his masters and teach part time. We had two girls; Carol was two and Cindy was one.

The salary wasn’t great. I still remember it was $400 before deductions, so we had to be careful. I took care of the finances, because Hardy was always busy with going to school or teaching. Every month I had to write down on a sheet of paper what we needed to pay, and we had to live on what that was.

One month, there was one expense we couldn’t afford, so I wrote down my solution to show to Hardy. We’d have enough if we skipped our offering to the church.

We weren’t tithers at this point, but when he looked at the paper, he said “No, you go ahead and write that check.” And I did write that check with the intention of showing him in the end that I would be right.

We took the check on Sunday, and I was still worrying about finances. On Tuesday he called me and told me that an engineering firm had called for him to do surveying work for the next few Saturdays, and through that the Lord got my attention. He taught me to be faithful and in return He would be faithful always.

From that point on, we became faithful tithers, and God always provided enough. Later when I became a widow at a young age, providing for six children alone would get hard sometimes, but there was always enough. He’s led me through that and more, and it’s such a blessing to see that I’m being obedient and He’s blessing me because of it. It’s so neat that I can give my tithe every month and to give to missions and other things that the church needs, and He’s always given me enough.

It’s an old saying that you can’t outgive God, and it’s true.

If you’re having trouble tithing, I believe if you really just try it for a while, you will see that God will be faithful. For me, giving became very joyful for me, and it still is. Because He’s always serving me, I want to serve Him. I hope I have done a good job over the years, and I hope to continue to serve and to worship Him.

I’ve always known Jesus was with me. When we were still in College Station, we were driving with our baby boy to see my husband’s grandmother. A drunk driver hit us head on, and my husband was killed. There’s no way you can get through that without knowing Jesus is by your side. He gave me strength and a peace that only He can give.