West U Chinese ChurchChristy and Charlie

West U BaptistChristy and Charlie

Go toChristy and Charlie ministy at a specific location.
or view all locations . 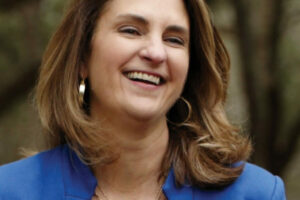 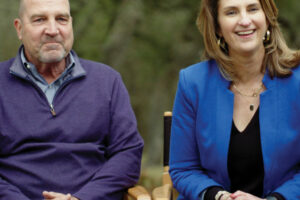 Christy: I grew up at West University Baptist Church. I started going when I was three years old. My family was very active, and any time the church was open, we were there. That taught me how to be a member of a church. As an adult, I’m still active in my church in many ways.

Charlie: My mother’s dad was our first family member at West University Baptist Church in the late 1930’s, and my mother was born in 1940, so she was raised around the corner from the church. As a child, that’s where all my family was, and it was home. I became sort of a prodigal son as a teenager until I was in my mid-twenties, when I had an encounter with God that brought me home again to West University Baptist and I got reacquainted with Christy. We got involved with a class for young married couples, and some of our deepest relationships came about then. West U is home to us, and we care deeply.

Through the years I would pop my head into the church and drop some money in, but it wasn’t ever any type of commitment or tithe. Once, after a teaching from my aunt and uncle on tithing, we came home and Christy said “we’re going to tithe.” We weren’t making much money, but I thought if she handled it and I didn’t worry about it, we’d be fine, so that’s how we’ve rolled until recently. Obedience is a big part of it, but there’s more to it than just that.

We’ve had the opportunity to give additionally to other organizations and missionaries, but it all started out of obedience. Now going through this series, we’ve realized that before God can do something through us, He needs to do something to us. And I’ve realized that my giving should be more than just obedience, but intentional and out of gratitude. I want it to be first from my heart, and then from my checkbook.

Christy: There’s a Scripture that tells about how these people initially gave obediently, but then even more out of their hearts because of their love for Jesus. We think it’s really important to evolve that check box of obedience into something more intentional and really trusting God to provide and allow us to be more generous.

Charlie: Christy and I have spent many years in the financial industry, so we know how to teach people for example about retirement. My uncle, Hollis Waldt, used to say “Pay the Lord first, pay yourself second,” so I’ve tried to teach my children to do that in the same way that you would save for retirement.

We’ve never found ourselves wanting, and we’ve continued to give and support kingdom-oriented organizations and people. But we are now trying to give beyond, and I’m excited about the change in our hearts after studying this material.

It’s such a blessing to do life with other people who believe what we believe . . .

Christy: There’s no question that we’ve been immensely blessed by God through so many different ways. Even just through hosting several young women from Africa while they work or go to school; they were such a good influence on our own children, and even we benefited from that. I think because of our faithfulness to the church, we’ve been really blessed.

My parents got divorced when I was young, and even then, the church was my home and a safe space for me. Back in 2005 I was diagnosed with very aggressive breast cancer. I was under the age of 40, had two small children, and the church rallied around us so much, bringing us meals, babysitting, and doing whatever they could to help us. It was so powerful, and I couldn’t imagine not having a church family in their life, because it’s such an intricate part of who we are.

It’s such a blessing to do life with other people who believe what we believe, and I’m really excited for the Deep & Wide campaign and study that we’re going to be doing. It’s just another opportunity for us to come together in a small group and be vulnerable with people. It’s one thing to come and worship at church, but it’s really important to get personal and have real conversations and relationships with people. It really becomes a blessing for us and those around us when we do. To hear their struggles and winnings and to relate to people is so important, and I think that’s why the Deep & Wide campaign is another great opportunity for us to do that.

I’m also excited about what we can learn about being generous. There’s just so much to learn about who the Lord is and how He shows His love for us through His abundant provision, and how He wants us to give to His kingdom. Regardless of where you are on your giving journey, there’s still something to learn. Even for us, our giving is evolving.

After spending 25 years as a global asset manager, I’ve been really moved to missions and nonprofit ministry, something greater than corporate America. For the past couple years I’ve worked for a medical clinic Casa el Buen Samaritano. The more people we can see, the more people we can share the gospel with. This is why I’m here, to grow the kingdom in the most excellent way.