Go toNot Lust, Purity ministy at a specific location.
or view all locations . 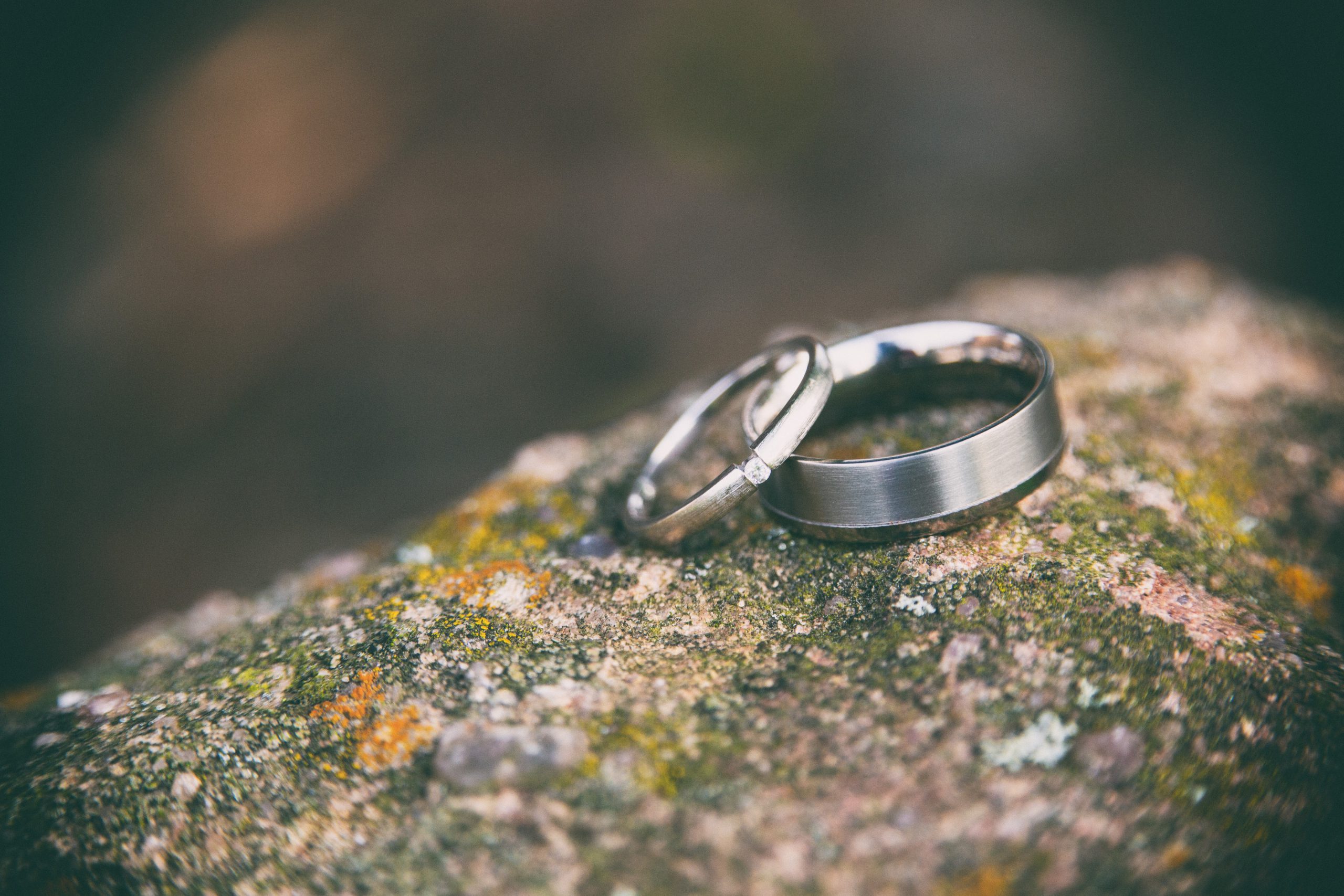 Each week we will be sharing a post from a staff member in response to the most recent sermon in our “Reset” series. Click to watch, listen, or read the sermon shared by Pastor Roger Patterson on October 18, 2020.

This past Sunday, Jesus turned his attention and ours to adultery and the lustful heart that drives it.  Jesus’ sermon in Matthew 5 is preaching a law he came not to abolish but to fulfill.  In this series we have seen that Jesus’ formula is simple: he quotes an Old Testament law and then explains its deeper meaning and true intentions to RESET the thinking of the Pharisees.  It is the difference between skin-deep Pharisee righteousness and heart-deep kingdom righteousness—a righteousness concerned not just with the external act but with the heart that gives it birth.

In our world today, adultery is a subject that is taken lightly.  But when Jesus talks about adultery and lust in our text, he is not smiling, and he is not kidding.  Adultery is serious sin.  Lust is too.  It’s no surprise that Jesus talks about lust after he talks about anger.  They share a lot in common.   Lust is like anger in that it seeks power over another person and seeks to use another person for one’s own satisfaction, release, or gain.  Commandments about anger and lust are offered by Jesus to safeguard important matters.  Jesus’ commandment about anger is designed to preserve life; Jesus’ commandment about lust is designed to preserve marriage.

Know the Truth. So, let’s start there by asking the question, What is lust?  Different Bible scholars translate Jesus’ phrase to lust as a “looks at a woman lustfully“, “the leering look”, or “staring.”  It is not just the look at another person that Jesus condemns; it is sustained, willful staring.  It could also be called the second look.  The first look of admiration is a function of God’s good creation and our ability to admire and appreciate beauty.  The second look or continued staring is a function of our sexual brokenness and our ability as sinners to distort God’s good creation for our own purposes.   It is not looking with lust that Jesus condemns; that can happen quickly and unintentionally.  It is looking to lust that Jesus condemns in this command. Therefore, we must resist the temptation to look at pornography and fantasize on erotic or romantic relationships with someone who is not our spouse.

The Bible is no stranger to adultery or the lust that drives it.   The Bible does not blush when it tells the very human stories of lust and sexual sin in the lives of both the villains and the heroes who live in its pages.  Lust likes to hide in the darkness.  The Bible grabs it by its collar, drags out into the light of day, and sentences it to death …

I immediately think of David, Israel’s greatest king—a praying man, a Psalm-writer, God’s anointed, a man after God’s own heart. David leers and lusts after Bathsheba, the wife of one of his soldiers.  From his rooftop, David saw her bathing across the way, and his leering look stokes the fire of his lust.  If he would have turned away, no sin.   He sends for her as if she is more property than person.   It was sex without relationship.  It is done to a woman who, at the mercy of her king, had no way to resist.  And its launching pad was lust.  David looked.  He looked again.  And he consummated his lust in adultery.

The Bible does not shy away from exposing sexual sin in general, adultery, and the lustful leer and heart that is underneath it all. Entertaining lust is disobedience to Jesus’ command.  And it is serious business.  How serious?  Serious enough, says Jesus in Matthew 5:29-30, that it’s better to gouge out the eye that fires your lust and cut off the hand that makes it physical than to have your whole body tossed into hell.  Fred Bruner says it this way: “It is infinitely better to go limping into heaven than to go leaping into hell.”  Adultery and the lust that sets it into motion are serious sins.

Resolve to Fight.  Someone once told me, “I don’t start the day with any intention to lust.  I don’t get out of bed in the morning with lust on my mind.  But in our sex-saturated culture, I can’t help it.”  He’s not the only one.  Stand in line at the grocery store—many magazines on display there have sex-charged covers.   Lots of movies and television series find ways to work in sexual themes and images.  That is challenging for a person trying to avoid lust.

Sex is a wonderful gift God gave human beings to enjoy within the boundaries of the committed marriage of one man and one woman for a lifetime.  God gave the gift of sex for the purpose of procreation and as a means of deepening love and the intimacy and oneness in marriage—a way of spouses saying to each other, “I belong completely, permanently, and exclusively to you.”    Like a river, when sex gets outside its God-given boundaries it ravages and destroys.  But kept within its holy boundaries it adds beauty, increases joy, blesses, nourishes, and fulfills.

Our sex-saturated culture rears back its head and laughs at kingdom sexual values: “Archaic!  Stupid!  Prudish!  Bigoted!  Unrealistic!”   But culture values march on and encourage sexual sin.  The world tells us that the most important thing about us is that we are sexual beings, that our identity is defined by our sexual preferences.  Such thinking gives us permission and even encouragement to indulge ourselves sexually.  Such values come from the pit of hell.  They place human beings who are made in the image and likeness of God on the same level as animals.

God defines you differently: you are much loved, fearfully and wonderfully made to glorify God and enjoy him forever, to live in relationships not complicated by sexual tensions, and to serve the great purpose for which God created you.  Higher, nobler than cultural sexual values which are an insult both to the Creator and humanity.

It is as great a challenge for us in our day as it was for early church in the sex-saturated Roman Empire to rise above cultural values, embrace Jesus’ kingdom values, and live with the purity of heart with which Jesus wants to bless kingdom citizens.  Temptations abound every day.  Every time you indulge your lust you stir a hormonal response that requires more response with each indulgence.  It’s not easy to overcome lust.  It’s a heart thing.  Pharisee righteousness says, “As long as I don’t physically commit adultery, I’m okay.”  Kingdom righteousness says, “I don’t want to commit adultery in my heart” and goes to war with the lust that boils up in our heart and thought life.  As a fleeting thought that comes and goes, lust is just a temptation rather than a sin.  It only becomes sin when we indulge the thought and give it the steering wheel of our mind and heart and let it drive our actions.  Such thoughts grow out of a lustful heart.  And only Jesus can change the heart.

Renew Your Mind in God’s Word.

I appeal to you therefore, brothers, by the mercies of God, to present your bodies as a living sacrifice, holy and acceptable to God, which is your spiritual worship. 2 Do not be conformed to this world, but be transformed by the renewal of your mind, that by testing you may discern what is the will of God, what is good and acceptable and perfect. Romans 12: 1-2

We must be willing to go to God’s Word!  Trade the deadly thoughts for the purity of God’s life-giving words in your heart and mind.  Renew your mind in God’s word.

Likewise, we must be willing to go to the cross, over and over again to see God’s amazing grace!  That is where this command of Jesus drives us back to beatitude grace – “Blessed are the pure in heart, for they will see God.”  Remember the grace in that beatitude?  It’s grace to those who long for a pure heart, but know they constantly fall short.  It leaves them frustrated, guilt-ridden, and defeated.  Try as they might, the lustful thought creeps in and takes the wheel.  So how can Jesus call the pure in heart blessed?  Because in their frustration and defeat, they seek God’s remedy, they see Jesus, the only one who is truly pure, the only one who can make them pure by his grace.  On the cross, he killed the penalty of lust and sexual sins in our life.  And in being raised from the dead, he lives to intercede for us with the Father and to give us Holy Spirit, grace-sufficient power to battle and win victories over lust and sexual temptations.

What are you doing every day to put safeguards in place to protect yourself and your marriage?

Robby Dobbs is the Campus Pastor for West U Baptist Church, and provides leadership for ministries to men, women, and students at all of the CityRise Campuses. He lives in Houston with his wife, Shelley.