Crosspoint Church - BellairePraise During a Pandemic

West U Chinese ChurchPraise During a Pandemic

Iglesia Crosspoint-BellairePraise During a Pandemic

Missouri CityPraise During a Pandemic

West U BaptistPraise During a Pandemic

Go toPraise During a Pandemic ministy at a specific location.
or view all locations . 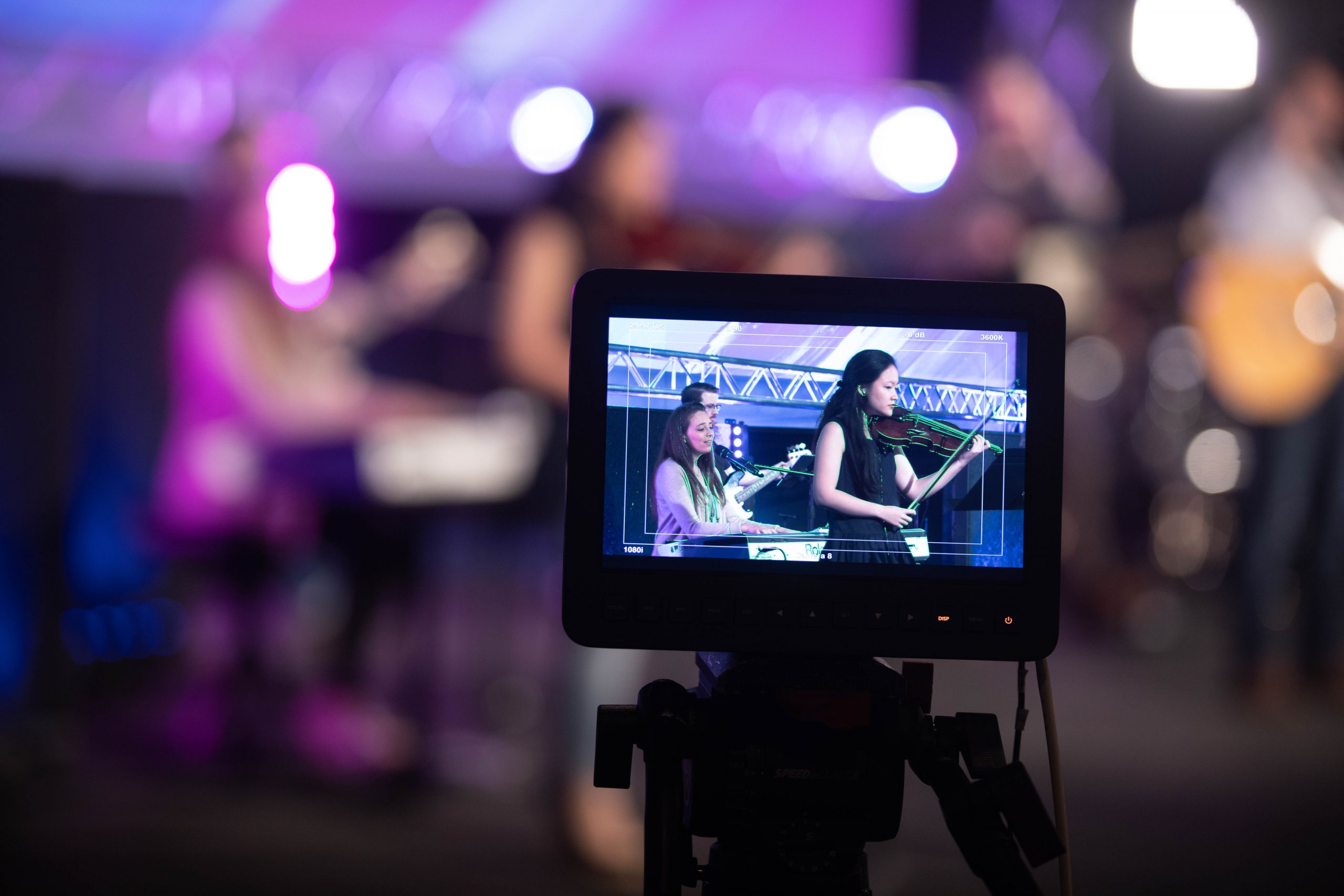 Praise During a Pandemic

Before she started Kindergarten, music was important to Christina Hopkins. At age five, she felt the need to have a personal relationship with Jesus thanks to the music she was listening to. One of her favorite songs as a child was “People Get Ready, Jesus is Comin.”

“I just remember belting out that song as a five-year-old thinking, ‘I don’t know when Jesus is coming, but I’m going to be ready.’” The next year, Christina followed through, giving her life to Christ at age six.

Music continued to be instrumental to her within her family, throughout her school years, and in the churches she attended. It was a constant along with God’s presence during life’s transitions into college, medical school, and adulthood. Eventually, she added piano playing to her musical repertoire and now, twenty years after dedicating her life to Christ, she has become a regular part of the Sunday morning worship band at our Bellaire campus, led by Worship Pastor Aaron Senseman. Christina brings a spirit of pure joy to the stage with a countenance that leads our church family in worship in equal measure to her musical gifts. Her heart for worshiping the Father through music is obvious, and for the last few years she has played a major part in leading worship under the lights onstage at our Bellaire location.

And in 2020, she also played a major part in leading worship in front of the largest attendance in our congregation’s history using nothing more than her computer, her phone, and her piano all while inside her own home.

At CityRise, we have a set of twelve Vision Values that sum up why we do what we do. One of the most foundational of these values is our belief in the never-changing message of Jesus while believing in the ever-changing methods of sharing His love. Our staff, ministries, and various teams exemplified this value in March 2020 when the COVID-19 pandemic began to spread across the United States. At that time, CityRise leadership decided to suspend in-person worship gatherings, moving practically overnight to an online-only model beginning on Sunday, March 15. CityRise and churches everywhere were suddenly faced with a “new normal” for the foreseeable future.

Music, a cornerstone of Christian worship, was one of the ministry elements that needed solving in an online-only scenario. Thankfully, regulations allowed for gatherings of less than ten people as long as social distancing was followed. Christina and the Bellaire worship band adhered to these guidelines, took the change in stride, and provided their usual expert level of praise music, albeit having to record sets in front of an empty sanctuary for use on the CityRise YouTube channel. Despite the new format, hundreds of families and viewers praised and sang even while staying at home on Sunday mornings.

Even more families were expected to tune in a few weeks later: Easter, the largest attended Sunday each year, was fast approaching. Under ideal circumstances, the band would have simply recorded their Easter-specific music in the same new way: onstage together to an empty sanctuary. Unbeknownst to them, they would soon face a less-than-ideal challenge. They would have the daunting task of figuring out how to perform music for Easter for potentially thousands of people . . . without the ability to perform onstage together . . . and on a timeline of only two days.

What happened? One week before Easter, someone on the worship team showed possible symptoms of COVID-19 (but later tested negative). At the time, to keep everyone safe just in case, Aaron made the decision to cancel recording, and his team had to quickly adjust their format yet again. But rather than abandon music for Easter altogether, they chose to embody the ever-changing methods of sharing the gospel of Jesus once more and devised a plan.

Christina, the band, and the Audio/Visual team came together quickly and figured out a method by having each band member record from his or her own home. The timeline was tight. Everyone had only the Monday and Tuesday before Easter to record each song as best they could so that Wednesday onward could be used to polish the recordings. “[It] was really kind of shambly in terms of trying to get everyone to play at the same beat,” Christina recollects, “and we really didn’t have a practice, so we all just kind of played the songs like we thought we normally played them, but some people did extra measures and [things]. But Aaron and Wes [Matthew, audio engineer] got it to work.”

While Christina used her computer, phone, and keyboard, Aaron, his wife Brittany, Wes, and the rest of the band quickly used the tools at their disposal and eventually streamlined the process. According to Christina, the method became that “Scott [Washburn] records the drums first, then he sends it to Wes, who sends the recording to Aaron, who adds the lyrics and then sends it to everyone else . . . I would add the piano then get it to Aaron and Brittany for their vocals, and then it would come back to me for the background vocals . . . then Wes would make sure all the levels were good, then send it to Aaron, who would then add all the video in.”

“It was encouraging to see the band really be gracious to one another throughout the process,” remarks Christina. “We just all had to be flexible . . . this is our ministry, and we can do it from home . . . we’re going to help each other and make it work out.”

The result was a series of high-quality worship songs that made the change of scenery and multistep process look effortless at a time when more people were presented with the gospel of Jesus Christ than any time in our church’s history. Christina and the band used this method for Easter and a few weeks afterward, nailing down the process to a shorter eight to ten hours each week to produce a set. Moreover, “it involves much more than simply picking up a camera and grabbing some footage of the band,” says Media Arts Pastor Justin Kellough who is responsible for uploading and preparing each service to be ready on our CityRise YouTube channel. “Multiple camera angles edited together, lyrics formatted to appear on the screen, sound engineers mixing audio to have the same quality on computers, phones, and TVs [among other things] had to be considered.”

The worship and A/V teams’ commitment to the ever-changing methods of sharing Jesus’s love paid off in significant ways, and those in attendance—before, on, and after Easter Sunday 2020—have been blessed by their unrelenting pursuit of God’s call on their life to lead people in worship.

Christina hopes that the lessons learned in this season will carry on indefinitely. “I hope that we can take this [pandemic] and not forget, like the Israelites in the Old Testament where we kind of fall back into our old normal methods. When these things subside, I hope that we can really hold onto the things we’ve learned during this time. The wheels started spinning; let them keep spinning so that we can continue to find unique ways to reach out to people.”