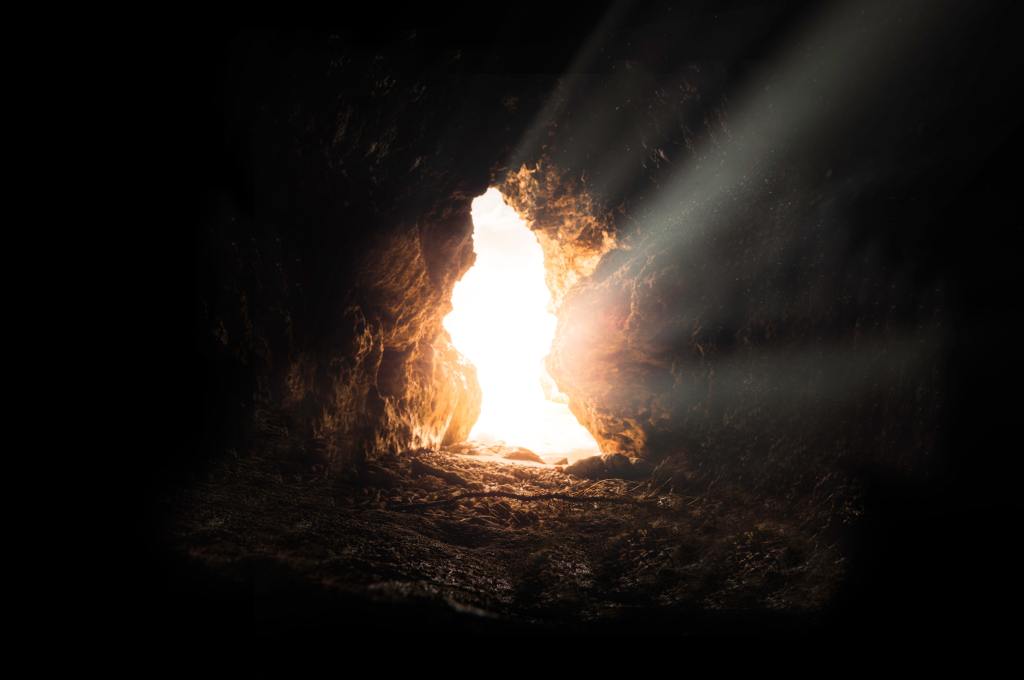 Q: Why do you think it’s important that Jesus rose from the dead? Why does it matter? Why it something we celebrate?

Q: Why do you think the women were surprised and confused that Jesus’s body was not there?

Q: Why didn’t the other disciples believe them? Why did only Peter run to the tomb (in other Gospels, it was both Peter and John who ran)?

Q: How would you have felt if you were one of the women at the tomb or one of the disciples?

The women coming to the tomb expected to see a dead body. That may seem creepy or gross to us today, but it was a totally normal part of their burial custom to go to a grave in the days after a person had died and put spices on the body. Imagine how surprised they were when they got there, and His body was gone!

They were confused, worried, maybe even scared. But then two angels appeared and told them His body wasn’t there was because God raised Him from the dead! His body wasn’t missing. He was alive!

Imagine how they must have felt then! Maybe still a little confused. But instead of scared of worried, they would have been incredibly happy!

This was the biggest miracle they had seen yet! Yes, they had seen Jesus raise Lazarus from the dead, but this was a whole other level of miracle. When God raised Jesus, because He had died on the cross as a sacrifice for all their sins, His resurrection was different. His resurrection meant that all of us who believed in Him would be raised from the dead one day too! That all His followers would follow Him to heaven.

This was the best news they had ever heard. This new is what the Bible calls “the gospel”—the good news of Jesus. That Jesus brings eternal life for all who believe in Him (John 3:16). One day, when we die, God will raise us again just like He raised Jesus. He will give us a new, perfect, everlasting body and put us in a new, perfect, everlasting place, where there is no more death, sadness, sickness, or pain. This is why we celebrate Easter Sunday every year. It’s the greatest day in the story of God’s rescue plan to fix His relationship with people.

Today we celebrate. With our families, with our church families, and with believers all across the world and throughout all of church history as well. Because “Christ has died, Christ is risen, Christ will come again!” Because Jesus died for us, we can live forever with Him in heaven! That’s something worth celebrating!

(OPTIONAL) PARENT STORY: Share some of the reasons you are looking forward to heaven—and not just the streets of gold, mansions, and huge banqueting table with unlimited ice cream!

If you don’t already have crescent rolls, you can Google how to make your own dough. Preheat oven to 375 degrees. Prepare muffin pan with non-stick cooking spray. Separate rolls into eight triangles.

PRAY: Thank you, God, for the gift of eternal life! We thank you for your goodness and love for sending Jesus to die for us. We praise you for your power in raising Him from the dead! We celebrate you today! Your goodness, your mercy, your grace, your love, and your power. In Jesus’s name, Amen.